You often read about geniuses and dreamed that your child should become one too? We believe that every child is a little genius and we can help him to open up. Each student of the Akademia Rosta will reveal his own potential, realize himself and find a successful future. And the main element in the development and prosperity of our children is mental arithmetic.

Children get acquainted with Japanese abacus accounts and learn to count by images. These accounts are arranged in such a way that the child works with a series representing a certain digit of the number: 10, 100, 1000, etc. Five pits are placed in the same row with the bar: above it – 1, 2, 3, 4 and under it – 5. Having learned the account on the abacus, the children enter the sphere of an imaginary account. During classes, the image of an abacus is fixed in the child’s memory in the smallest detail, which he then easily reproduces in his mind and works already on imaginary accounts, performing arithmetic actions in a way of moving the bones that are now reproduced in his memory. In this way, both hemispheres of the brain develop: analytical and creative.

During the opening of the Akademia Rosta, in Kyrgyzstan there were no centers for additional education and courses of mental arithmetic. Later this course was taught in the Sebat Lyceum as part of a mathematics in an abbreviated version. Due to the high demand and effectiveness of this program, the growth in turnover and the scale of activities of the Akademia Rosta quickly increased.

In 2015, the Akademia Rosta had 3 centers in Bishkek but after a series of live broadcasts and news about the results of students proposals for opening such schools began to come from regions of the Kyrgyz Republic. In the same year, they developed a training program for mental arithmetics instructors and launched a licensed program. Thus, in six months Akademia Rosta opened 18 centers in the Kyrgyz Republic.

In 2016 Akademia Rosta launched Abacus software which improved the efficiency of current classes and facilitated the work of instructors. Akademia Rosta is now the leader in the local market for supplementary education for children. It has the largest branch network and is one of the first two Kyrgyz companies that began selling franchises. It is also one of the fast-growing companies in a market with more than sixty branches, both in the local market and abroad (Kazakhstan, Tajikistan, Uzbekistan and Afghanistan)

Click on the map to view the addresses and contacts of our branches. 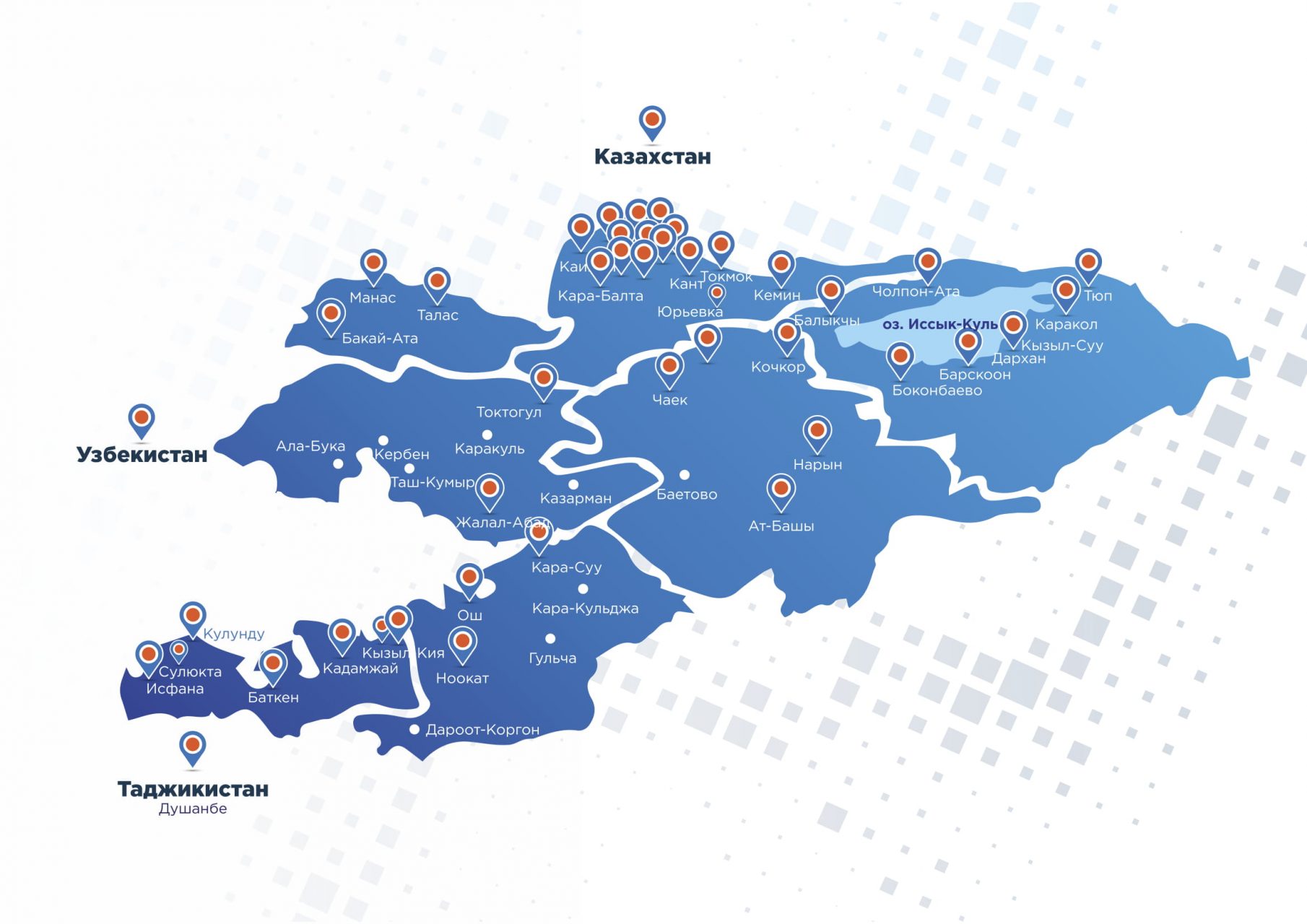 Sign up
This error message is only visible to WordPress admins